What is SFP Transceiver and where to buy the right one? 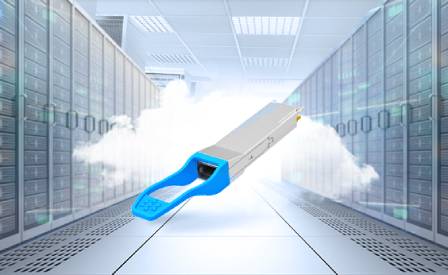 SFP Transceivers are designed to support gigabit Ethernet SONET,  Fibre Channel, and other communications ports. The smaller size of the SFP Transceivers are advancement over formerly prevalent gigabit interface converter (GBIC) transceivers, having all the features of the latter in small size enclosure, that is why; the SFP is sometimes referred to as a Mini-GBIC. Although it is not mentioned in any official specification document, the maximum data rate of the original SFP standard is 5 Gbit/s.

SFP transceivers are available with a variety of transmitter and receiver types, giving users the appropriate transceiver optical data link over the prevalent optical fiber type –multi-mode as well as single mode. SFP modules are commonly available in several different categories: SX, LX, EX, ZX, EZX and many more delivering different data speeds at varying maximum distances. The SX version will work on Multi Mode fiber, the other 2 work only on Single Mode fiber. The LX will cover a max of 10km and the ZX of 80. The T (GLC-T) version is the RJ-45 version. Although most network manufacturers only offer these 4 standard optic ranges for SFP optics, there is actually a much larger range of SFP optics available.

For example, the maximum distance for SFP optics currently available is 200km or 41dB optical budget for 1G speed rate, 47dB for 100Mb/STM-1, 35dB for STM-16 speed rate. All Inphilight SFP tansceiver may come with DOM (Digital Optical Monitoring) also called DDM (Digital Diagnostic Monitoring). This enables the end user to monitor the temperature, voltage use, Tx power and Rx power of the SFP optics. Most modern switches have this functionality built in. SFP transceivers can be made both in commercial grade 0~70C and industrial grade -40~85C.

Ethernet switches, routers, firewalls, and NIC cards all have SFP ports. SFP modules are used to link network devices to fiber or copper network cables such as Cat5e. Other SFP transceiver modules are also used in HD cameras and monitoring devices, such as 3G video SFP and 12G video SFP.

There are a few key differences (MMF SFP) between single-mode SFP (SMF SFP) and multimode SFP. The first is the fiber cable that they use. The heart of single-mode fiber is smaller than that of multimode fiber, allowing for unrestricted bandwidth and lower loss. Multimode fiber, on the other hand, can transmit various light modes.

The propagation distance is the second one to consider. Singlemode SFP transceivers are commonly used in long-distance connections up to 120 kilometers, while people use multimode SFP modules in short-distance links. Last but not least, there’s the financial aspect. Owing to the use of multiple light-emitting units, single-mode SFP is more costly than multimode SFP.

The scale and behavior of SFP and “+” versions are the same. The primary distinction between them is that SFP is typically used in 100Base or 1000Base implementations, while “+” is typically used in Gigabit Ethernet applications. They also have varying data rates and propagation distances. For example, SFP supports Fibre Channel transceivers with speeds up to 4Gbps, while the “+” version supports speeds of up to 10.3125Gbps.

Onis Networks is one of the leading SFP transceiver suppliers for various ranges, types, and shapes. We have studied and understood the market for transceivers and recognize the importance of SFP modules in various industries. We only provide products that meet the IEEE standards. You can check the features of the products before making your purchase.

Third-party SFP transceivers are less expensive than Cisco SFP or other brand SFP units. Except for the price, there is no difference in output between compatible 1G SFP and OEM SFP modules under normal conditions. As a result, compliant SFP modules are in high demand on the market. Users will find the right compliant SFP transceiver modules for their needs at a low cost from reputable retailers.

Where to Buy the Right SFP Transceiver Modules

When it comes to purchasing SFP modules, many people choose Inphilight SFP modules. Here are the reasons.

SFP stands for Small Form-factor Pluggable transceiver. SFP transceiver is also named as Mini GBIC, for its function is similar as the GBIC transceiver.

SFP+ is the upgraded from SFP transceiver. SFP+ transceiver is with higher data rate. Xtransceiver supply SFP+ SR and SFP+ LR modules. They are fully inspected according to the industrial standards and are Rohs compliant.